A private investment club to share and co-invest in deals 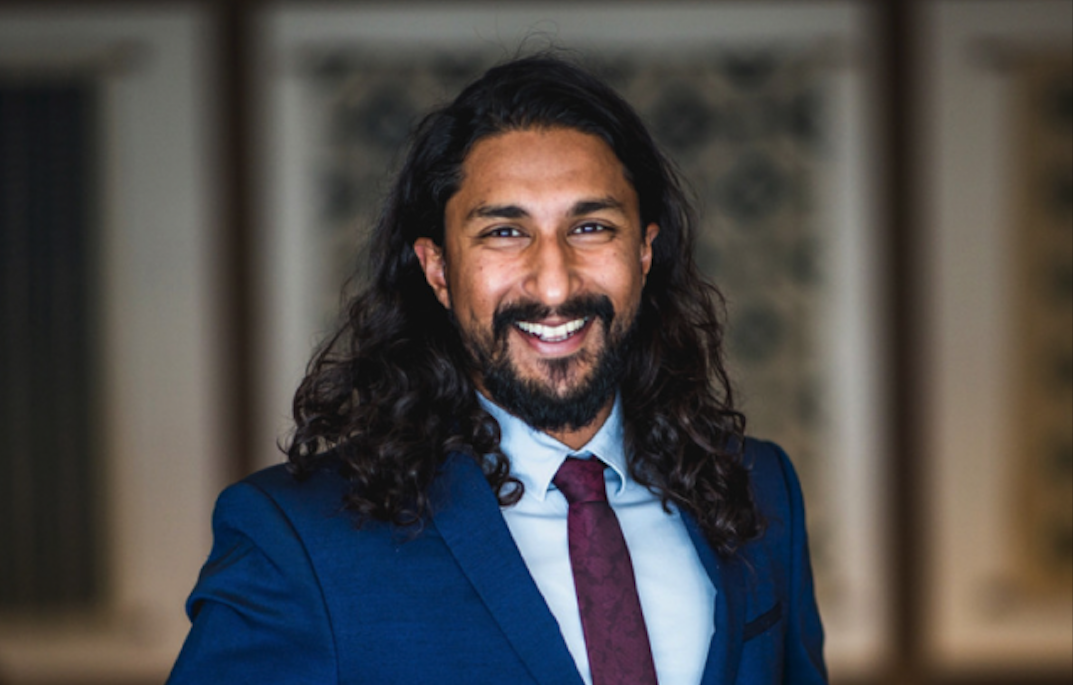 Zachariah George was always obsessed with technology as a young kid growing up in Muscat, Oman. At the age of 28, he arrived in Cape Town as a ‘disgruntled investment banker’, having moved onto Barclays from the fallen Lehman Brothers. Aloft from the exuberance of the 2010 World Cup, he saw a continent covered in the saplings of innovation, without the nutrients of a venture ecosystem to spurt their growth.

"The Venture Industry in Africa in 2010 was, at best, $20 million in size - that’s two deals on a Wednesday afternoon in San Francisco or London."
‍

He asked himself, “What can I do to catapult the industry?”
‍

Rather than simply convincing investors to pump money into startups, Zach saw a market in the mammoth task of creating a pipeline to opportunities. To him, establishing a mutual dependence between startups and incumbents wasn't insurmountable.

In Africa, the gatekeepers to distribution are mostly the incumbent banks, insurers, retailers, manufacturers and, particularly, the telcos. Thus, the challenge was to convince these large corporations that digital disruptors would provide them value, and that startups would take their customers if they eschewed them.

“The moment you create this concept of FOMO (‘fear of missing out’), to a large corporation, that's when they will likely start looking at tech and tech-enabled startups so as to not have their lunch taken away from them.

This was just one aspect of the journey that he embarked on with Startupbootcamp Africa, together with his co-founder Philip Kiracofe. Another key to unlocking the nascent ecosystem was to display initial success stories.

Arguably, this came in the form of Kenyan mobile banking software M-Pesa, which George maintains is even more sophisticated than its equivalents in the developed world. He points to Stripe’s acquisition of Nigerian payments company Paystack as a watershed moment for the region - as was WorldRemit’s acquisition of SendWave.

“Africa has had no shortage of entrepreneurs, it’s just that the pot of gold at the end of the rainbow never existed.”

Now that it does exist, albeit in its infancy, Zach thinks it is important to understand the foundations of Africa’s unicorns.

First, he notes that startup founders are considerably older than in other continents, with many being ex-corporates. That means they’re able to fund their startup for the first 6-18 months from their personal balance sheet, since there is almost no pre-seed funding in Africa.

"Imagine if we could provide capital to pre-Seed and Seed stage startups that needed capital to grow and scale, where previously only friends and families and Angels could get them. I think that's a significant part of why Launch Africa was launched in mid 2020; now it is the most active VC fund in Africa from a Seed investing perspective."

George insists that the incipient flurry of unicorns is a far cry from the state of the ecosystem 2-3 years prior. He recalls the incredulity of his friends and family when he began investing $10k cheques into African startups.

Everyone including my own parents thought I was bonkers. They’d say “What the hell are you doing? Taking your hard-earned money and putting it into tech startups that do payment processing or invoice discounting or e-commerce companies?”

"The whole point is, if you've waited for 3 or 4 years and a company is doing $100,000 in monthly recurring revenue, it's too late. The valuation's already at least $25 million."

Zach, however, understands the economics behind the preference for funds to write larger cheques in later rounds. He laments that since the cost of due diligence is the same for a $100k deal as it is for a $10mil deal, funds say, "we might as well throw the kitchen sink at it.”

Hence the focus on Series B and C for funds investing in the developing world. Where others see the risk of Seed as too great, George sees accelerators as a sort of safety net for risk mitigation.

“If you haven’t gone through an accelerator, at least show me a licensing agreement, a proof of concept, a pilot with a large telco, insurance company or bank. You may fool an end user, but you’re unlikely to fool an insurer, a bank or a telco.”

This philosophy undergirded Launch Africa’s Seed investment in Kuda, through an SPV engineered by Vauban. Zachariah and the team at Startupbootcamp Africa invested in the only Nigerian Neobank licensed by the nation’s central bank, following on at Series A and B. It is now valued at $500m+.

George now has a reflexive air of self-depreciation when reminiscing on the world of banking.

"I’m an ex-banker myself; bankers get trained to be defensive. No banker ever got a nice, fat bonus for taking risks and losing money. Investment bankers get paid to not lose money."

He contests that the conservative principles of Canary Wharf and Wall St. don’t apply to venture capital. In his eyes, those skills would be better off transposed to private equity. Financial engineering and management restructuring to make existing assets more efficient contrasts to the high-octane, growth-at-all-costs mentality in startups.

In Venture capital, "the principles of business school venture optimisation are thrown out of the window."

"If you start assessing companies by the stability of their cash flows or when they break even or how consistent their margins are, you're going to literally miss hundreds of companies. It's very hard to value early-stage tech companies."

Zachariah’s experiences really emphasised the gulf between entrepreneurs and his former vocation. Working day-to-day with African founders, he can see why the majority of African funds of the past 8 years, which were started by ex-bankers, ex-insurance, and ex-asset-managers, performed dismally.

Conversely in a more mature ecosystem, the VC funds in Silicon Valley are managed by ex-entrepreneurs.

"Ex-corporates give money to ex-entrepreneurs."

The chasm is vast, but Zach’s journey shows a path from preservation to buccaneering.

"I’m a reformed banker. I don't think about what could go wrong. I think about how a company can go from 100 users to 1,000 users in 3 months, and how, for example, we can help founders growth hack and create virality in customer referrals." 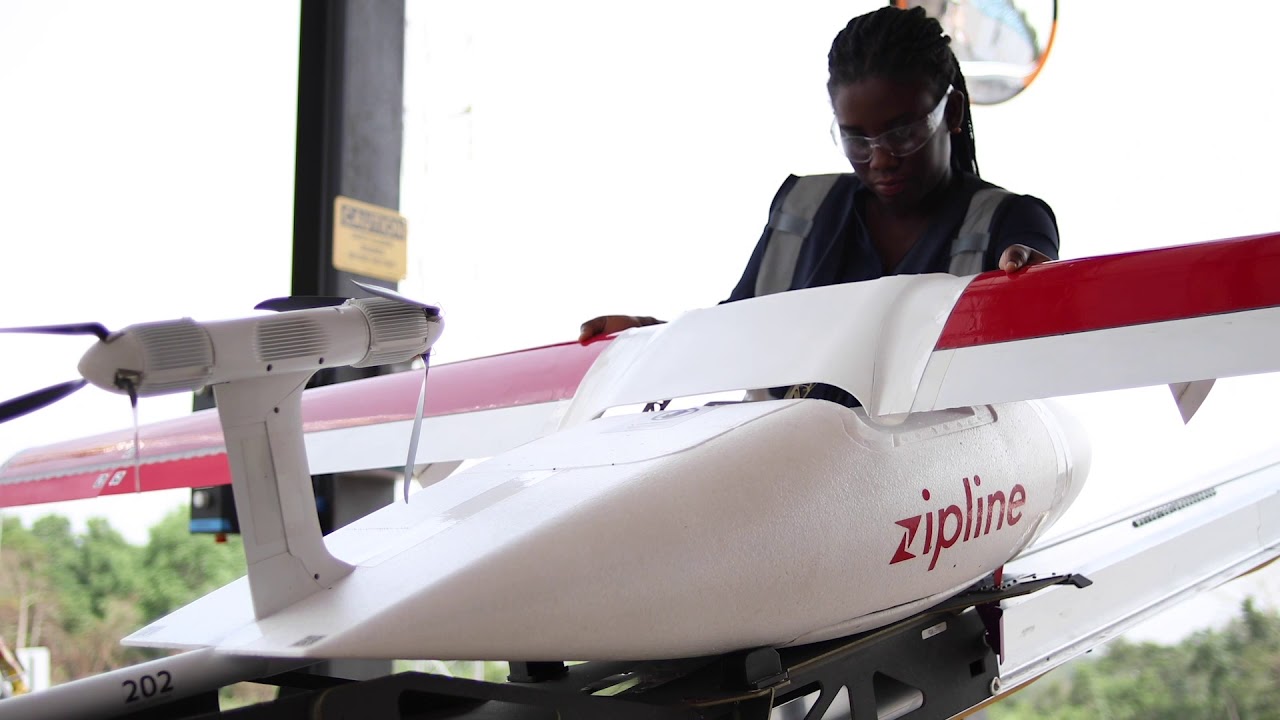 People in Hampstead call this impact

If the surge in fintech solutions is a natural consequence of the backgrounds of Africa’s entrepreneurs, there remain many development pains outside that space that founders have in their sights.

He cites the example of Zipline, a drone service that delivers blood and medical supplies across Rwanda and beyond.

"The cost of data in Africa is super high - so a Telco is likely to sponsor an online school; all your content is free."

"In rural Africa, people spend 25-30% of their income on transport. So you’re saving money on transport, teachers, paper, printing - it’s a spider effect. Fancy people in Hampstead call this impact investing, but really, it’s just doing something commercially viable with a ripple effect. No one is doing it to get on the cover of Time Magazine."

For Zachariah, being one of the originators of a tech scene that is attracting record capital inflows and creating a new blueprint for the continent's development isn’t enough.

"We want to be the Sequoia of Africa."

Now, the maturing ecosystem and improvements in digital infrastructure will only enable more entrepreneurs to emerge. For George, the job of becoming the pre-eminent Seed fund in Africa is to spot and nurture that talent.